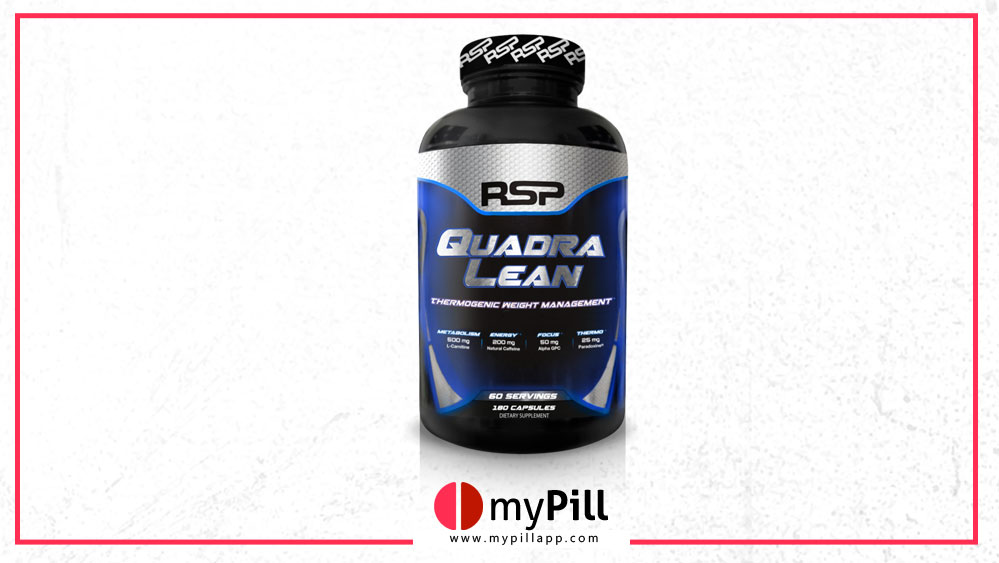 QuadraLean is a 3-in-1 fat nutraceutical composition to burn excess fat through its appetite-suppressing properties. Find out how it’s done in this review.

When it comes to choosing a fat burner, one has to be very well informed.

Fat burners often come with stimulants that can cause a variety of side effects.

One can not be careful enough when browsing through fat burners.

QuadraLean Thermogenic is one of the best fat burners on the market, and you should definitely consider it as an option if you are looking for one.

Especially now that it has proved its value on the market.

Developed and produced by RSP, a company started as a project of former athletes, QuadraLean Thermogenic brings a lot of credibility to the table.

On top of that, it is stimulant-free and developed to promote weight loss on three different fronts – appetite, energy levels, and metabolism.

To help you make an informed decision, we decided to write QuadraLean review and check whether it is worthy of the prestigious “One of the Best Fat Burners in 2019” title.

What Is RSP QuadraLean Thermogenic?

If have to stay inside the terminology used in industry, we would have to say that QuadraLean Thermogenic is a weight loss formula.

In layman terms, it is a supplement that belongs to the category of fat burners. QuadraLean Thermogenic is a formula that comes from former athletes.

A group of former athletes decided to start their own company – RSP.

This company is a recognized name in the supplement industry today.

While the product is advertised as stimulant-free, we have found out that it contains caffeine.

While it is derived from natural resources, caffeine is still a stimulant.

QuadraLean Thermogenic comes in the form of capsules.

Each capsule is designed to provide clean energy and promote weight loss. 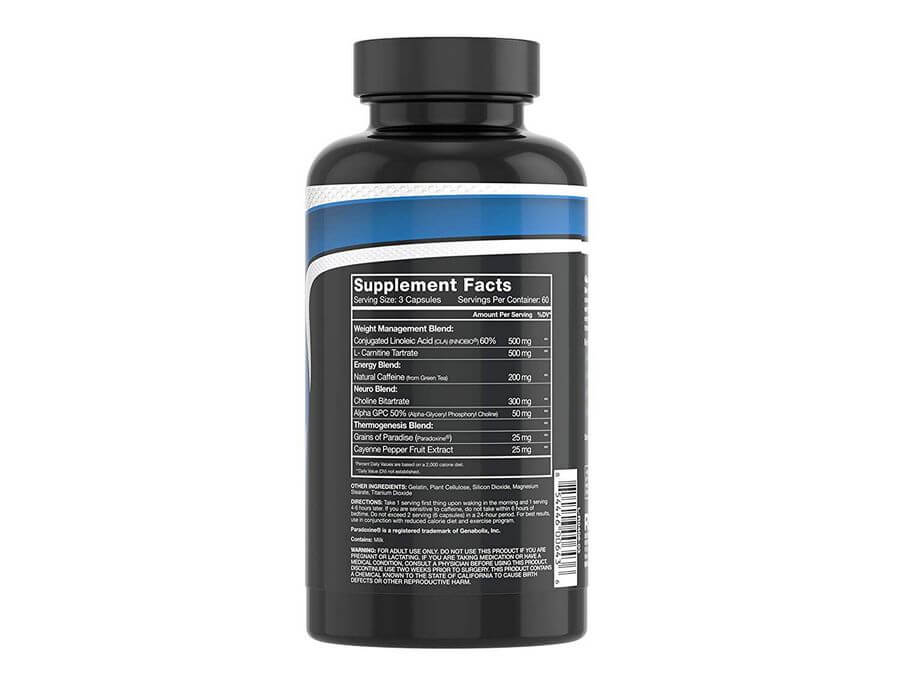 The following ingredients make it all possible.

Conjugated Linoleic Acid (CLA) - 500mg
CLA is what we call a good fat. This fatty acid occurs naturally. You can find it in small concentrations in dairy products and meats. CLA is correlated with better immune function and improved metabolism. There are some researches that link it with arthritis and diabetes prevention which is quite logical because it has antioxidant and blood sugar regulation properties. CLA has found its way to this formula thanks to its unique characteristics: promotion of lean mass retention, promotion of fat loss.
L-Carnitine-Tartrate - 500mg
L-Carnitine-tartrate is an amino acid. It is found in dairy, red meats, and fish. This amino acid is very powerful. It prioritizes fat as the energy resource in the metabolism process. It is also believed that it enhances athletic performance. It is a hot ingredient in the world of fat burners and you can find it on a lot of weight loss formulas.1
Green Tea Extract (Caffeine) - 200mg
Green tea extract gives this formula a “stimulant” prefix. This extract contains caffeine and it is responsible for raising energy levels, boosting metabolism, and enabling you to burn more calories in one go. Too much caffeine is linked to sleeping problems and jitters, especially in people sensitive to caffeine.2
Choline Bitartrate - 300mg
Choline Bitartrate is a naturally occurring nutrient. You can find it in chicken, beef, fish, fish, soybeans, and egg yolks. It is essential for our wellbeing. Choline is a substance that allows the brain to communicate with other systems as well as muscles. Choline is associated with better athletic performance, but it also promotes low blood pressure, regulates mood, improves memory, and protects the liver.
Alpha-Gylcero-Phospho-Choline (Alpha GPC) 50% - 50mg
Alpha GPC is a complex ingredient. It has several beneficial effects: provides support for cellular membranes, increases power output, promotes cognitive function. 50% is the value of choline weight in the Alpha GPC compound. This ingredient is a regular one in fat burners. We have to point out that other fat burners have a significantly higher concentration of Alpha GPC than QuadraLean Thermogenic.
Grains of Paradise - 25mg
Grains of Paradise is a famous spice that grows on the West Coast of Africa. By its looks, it resembles the peppercorns. This spice contains several powerful ingredients that promote energy expenditure. Grains of paradise has two functions: it decreases visceral fat by encouraging the body to use fat located in the lower abdomen and increases the amount of energy you spend during the day.3
Cayenne Pepper Fruit Extract - 25mg
This is by far the most favorite ingredient of the various fat burner manufacturers. It has a strong thermogenic effect thanks to the capsaicinoids - the chemical compounds that promote thermogenesis and boost fat loss. On the other hand, Cayenne Pepper Fruit also waters down appetite thus support the efforts to lose weight.4
Other ingredients
The following ingredients are added to the formula to promote better digestion and longevity: Gelatine, Dicalcium Phosphate, Plant Cellulose, Magnesium Stearate, Silicon Dioxide, Titanium Dioxide.

How Does RSP QuadraLean Thermogenic Work? 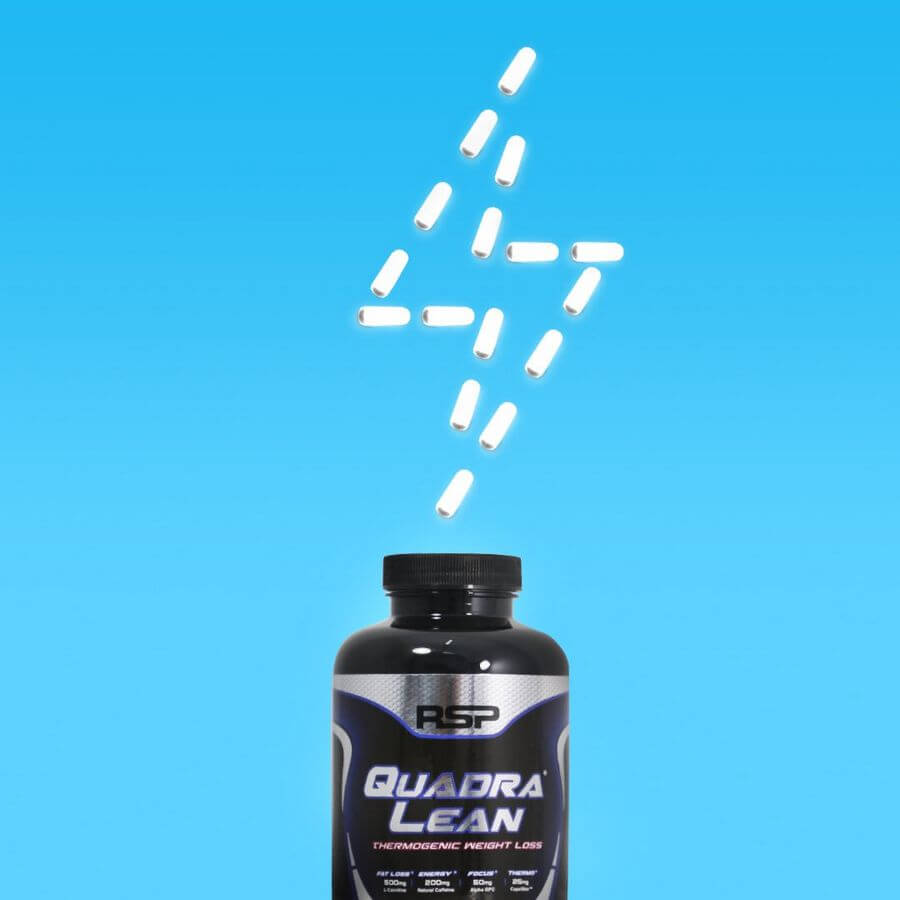 Every fat burner has to tick very specific boxes to qualify for the list of the best fat burners.

QuadraLean Thermogenic ticks a lot of them.

The manufacturer directions state to:

Don’t exceed 2 servings in a 24-hours timeframe and make sure not to take it 6 hours before bedtime, especially if you are sensitive to caffeine.

Are There Any RSP QuadraLean Thermogenic Side Effects?

The majority of the consumers that have tried this product didn’t report any side effects.

Those that did only mentioned mild side effects such as increased sweating and slight nervousness.

Is RSP QuadraLean Thermogenic A Scam?

QuadraLean Thermogenic is a registered and approved product.

It has been on the market for a few years now and it is listed on several high-authority online shops.

Plenty of positive reviews testify in favor of QuadraLean Thermogenic being the real deal.

RSP QuadraLean Thermogenic Reviews: What People Say About This Product? 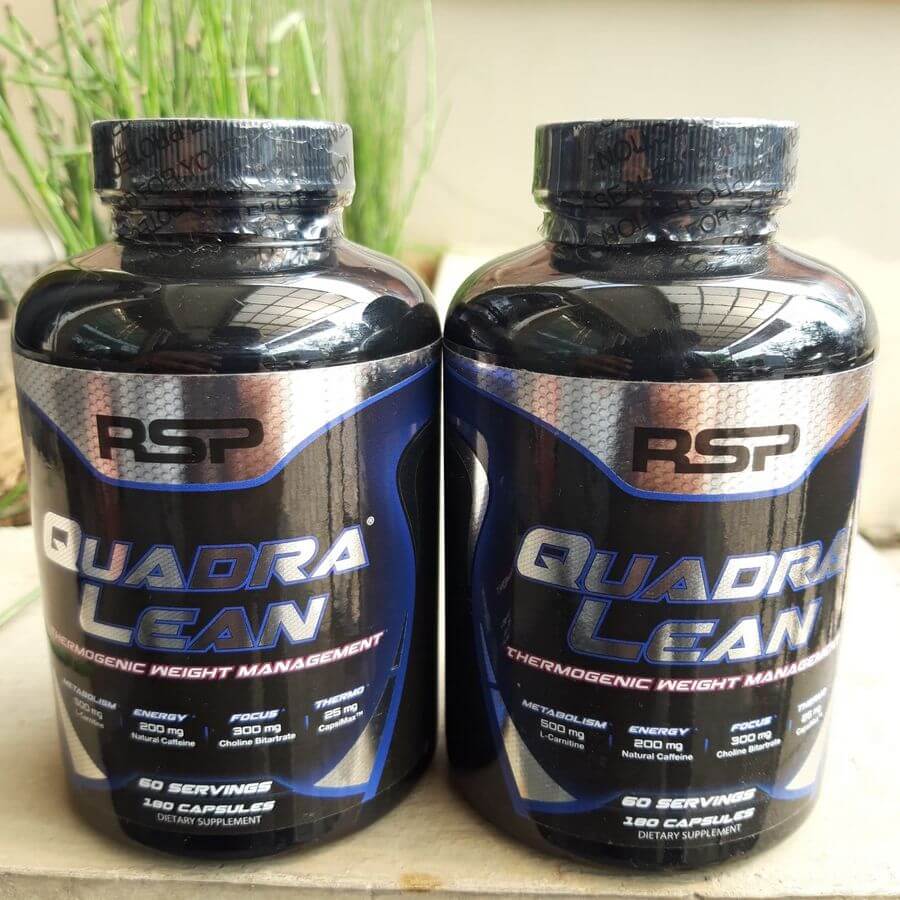 QuadraLean Thermogenic is popular among consumers who are using supplementation for various reasons.

Thanks to this, there are a lot of QuadraLean Thermogenic reviews to be found online.

On Amazon, for instance, QuadraLean Thermogenic has more positive reviews than negative ones.

Evlavisa, a customer on Amazon, has never tired a weight loss formula before.

She hesitantly ordered QuadraLean Thermogenic because she is very skeptical when it comes to supplements especially fat burners.

“I absolutely love this product! Just so everyone knows, there’s no magic pill that will make you lose a ton of weight. But this definitely reduces my appetite. I can feel an obvious difference in my hunger levels on the days I don’t take it.,” she said, and added, ”It also gives you great energy for the day but it doesn’t make me feel icky like some other caffeine pills have. This is the first supplement I’ve actually really liked, have noticed an obvious difference, and will continue to purchase!”

After gaining some weight, Emily J decided to start working out. But in order to get the most out of it, she decided to go with weight-loss supplementation.

After reading some reviews, she decided to order QuadraLean Thermogenic and give it a go.

This is what she wrote in her review on Amazon:

“I have been using Quadra Lean for about a month now and I am very pleased. A list of things that please me:

I have not experienced any downsides to this supplement! For anyone who is wondering if this will work for them: I am tall, near 30 women looking to lose about 20 pounds.”

There are also some consumers that had a bad experience with QuadraLean Thermogenic.

Michelle is one of them.

This is what she said on Amazon:

“This product not only makes me nauseous all day but I feel like I have a crazy fever, I get that its a thermogenic but holy hell it feels like I am sick all day to the point where I can barely perform ANY exercises. I guess it helps because it does make you go to the bathroom often but honestly, the side effects are not worth it for me.”

RSP QuadraLean Thermogenic: Packages, Pricing and Where to Buy

It can also be found in some reputable online shops including Amazon.com and bodybuilding.com.

RSP QuadraLean Thermogenic Review: Should You Buy It?

QuadraLean Thermogenic is a high-quality weight loss supplement produced by a renowned manufacturer.

It is not 100% stimulant free because it contains caffeine in the Green tea extract.

Although the stimulant in question is natural.

This is one of the better balanced fat burners focusing on several key areas: metabolism, fat storage, energy, and appetite.

QuadraLean Thermogenic is a nice addition to your supplementation regime especially if you want to lose weight.

It is safe to use with none to very few mild side effects as long as you stick to the manufacturer’s directions.

Read next: Transparent Labs Fat Burner Review 2022: Does it Really Burn Calories Away?