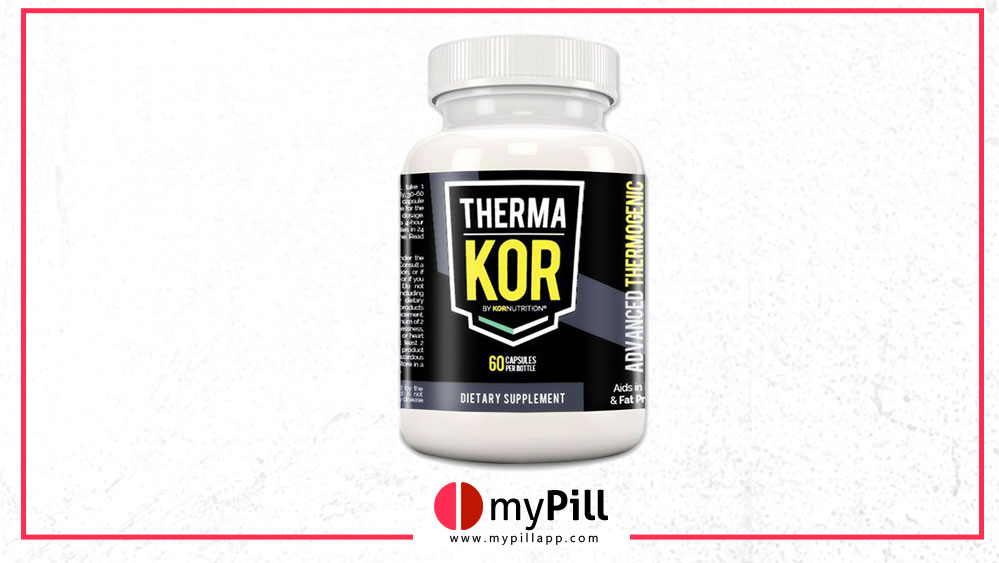 Thermakor Review: Does It Really Work?

There are far too many weight loss supplements in the market today.

All of them promise great results in a very short time. But only a few deliver on their claims.

Is Thermakor one of them?

According to Kor Nutrition, the company manufacturing this product, Thermakor is a “Thermogenic Fat-Burning Formulation” designed to help:

In this article, we will check how much truth is in these claims so you can be sure you are not wasting your money.

Read out our Thermakor review below.

Thermakor is a weight loss supplement that is designed to suppress appetite as well as burn fat.

It ensures you have the stamina to work out while experiencing elevated mood, energy, and amazing fat loss1.

It’s made by Kor Nutrition, an USA-based company.

The manufacturer claims that the supplement contains all-natural ingredients that aid in burnings up of stored fat. This means you won’t suffer any ill-effects.

Thermogenesis is a process which is scientifically backed to accelerate your fat-burning process.

The process kicks in after every meal. It keeps digestion revved up and your body burns extra fats for hours after the meal.

That is why Thermakor comes in gel cups for easy digestion and stimulate thermogenesis.

Moreover, it is claimed to boost energy levels and help you achieve your dream physique.

Thermakor has an astounding mix of all-natural ingredients that work effectively to help you lose weight.

Here is the breakdown of Thermakor ingredients.

This a Thermakor ingredient which aids in managing cortisol levels- a stress-related hormone in the body.

The component suppresses appetite which as a result controls cravings.

Additionally, it naturally decreases fat in the tummy region2 .

It makes it one of the best weight loss ingredients3 .

It’s no doubt that caffeine has a significant influence on our nervous system which produces epinephrine to invigorates the lipolysis process.

More so, caffeine boosts energy expenditure, resulting in the burning of carbohydrates and fats4.

The catechins in green tea inhibit the release of the catechol-O-methyltransferase enzyme.

The enzyme helps in fatty acid mobilization and boosts metabolism5.

Together with caffeine, it results in fat loss efficiencies6.

The Salicylic acid inhibits the production of prostaglandins.

This hampers the metabolic effects of some compounds like synephrine.

The enzyme helps in breaking down specific neurotransmitters.

Eventually, the entire process allows the enzyme – monoamine oxidase- to remain in the bloodstream for long causing the mobilization of fat cells.

Typically, forslean increases the concentration of cyclic AMP in our bodies which boost activation of protein kinase.

The protein kinase activates lipase hormone that breaks down triglycerides.

Lastly, this a highly active ingredient which increases lipolysis – the process of breaking down fat. It makes the cells sensitive to the norepinephrine- a fat-burning hormone.

Although the supplement contains these essential ingredients, it lacks some of the best fat burning components like glucomannan, cayenne pepper, and black pepper extract.

Thermakor is infused with all-natural ingredients geared towards stimulating thermogenesis.

It means, these substances boost the sympathetic nervous system and activate the metabolic process.

And remember: the higher the metabolic rate, the more the fat-burning process.

Thermogenesis allows you to burn excess fat even without working out.

However, the combination of this supplement with at least 30minutes of cardio and weight-lifting, at least three days a week, will help you achieve your weight loss goal fast.

The supplement uses these mechanisms for faster results:

Initially, take one capsule twice a day with the first capsule taken in the morning.

After assessing your tolerance, you can proceed with two pills twice a day.

People with caffeine sensitivity should avoid taking tablets within 6 hours of bedtime.

If you have a history of heart issues, consult your physician before taking the product since it raises the heart rate.

This product contains caffeine, even though in a small amount.

But the fact that you can take two capsules in a day, that equals to 3 cups of espresso.

More so, there are other ingredients like green tea extract, hordenine, and synephrine which might result in jittery sensations, raised heart rate, and blood pressure.

If you’re touchy to caffeine, then this might not be the best supplement for you.

The product has 13 customer reviews on Amazon where 23% are giving it an overall rating of 3.0 stars out of 5 stars.

It has received a mixed reaction of both: negative and positive reviews.

This thing is strong. Maybe it’s because I only way 108 pounds, but seriously one a day was all I could do. But it works great. I dropped 2% of body fat in 2 weeks. I was stuck at 14% for over six months – then started taking Thermakor and finally broke 14. Pretty awesome. Plus, the energy feels good, and I have no crash. I’m a fan. Good product. Good company.

I’ve been taking this product for three weeks now, and I feel the boost of energy, and it suppresses my appetite very well. I walk about a half hour after taking the pill, and I noticed that I sweat all down my face and back. Haven’t weighed myself yet but I will report any loss.

I had terrible full-body convulsions on thermogenic that lasted almost an hour – until the police had to break my door down and I was taken by ambulance to the hospital for four days.

Thermakor: Packages, Prices & Where To Buy It

Thermakor supplement is readily available on the official site: thermakor.com.

The fact that the product comes with a 30-day money back guarantee shows that the manufacturer has confidence in the supplement.

The infused ingredients are all-natural with a minimal probability of side effects.

The manufacturers claim that the product stimulates thermogenesis process; which is scientifically proven to help with weight loss.

But you also need to put more effort in working out and eating right to get the best results.

This supplement gives your body little help to make life a little easier.

Read the guideline and consult the doctor before using this supplement.

We laid out facts, will you buy Thermakor? Comment below and tell us what you think!