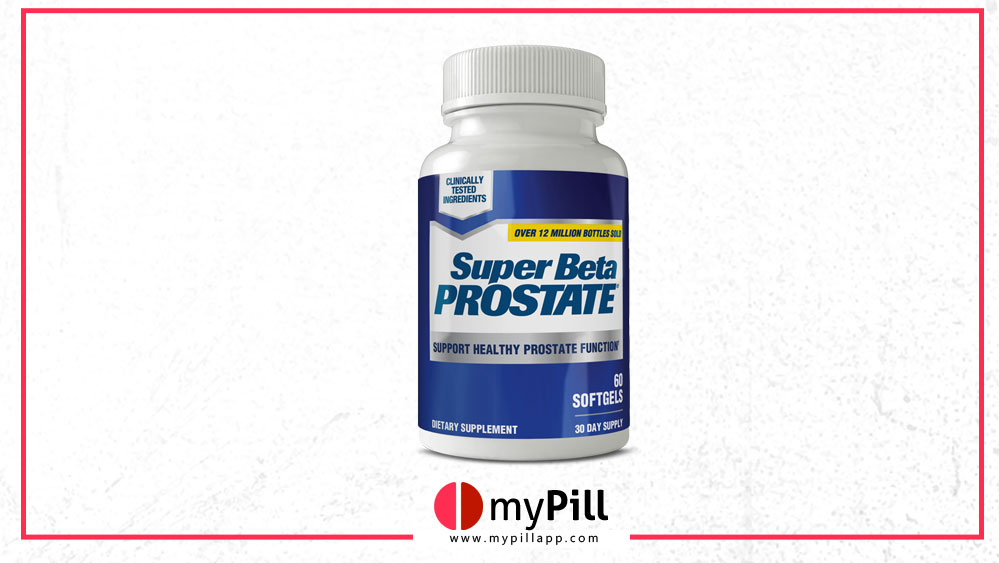 Super Beta Prostate is a dietary supplement made with naturally sourced ingredients designed to promote healthy prostate function in men.

Prostate cancer is the second most common cancer among men in the United States.

Statistics show that 1 in every 9 men will be diagnosed with prostate cancer in their lifetime.

Most men battle with prostate-related problems as they age.

They tend to have a weaker urine stream, due to an enlarged prostate.

Thus, they are unable to empty the bladder entirely forcing them to urinate more frequently.

Constant trips to the bathroom can really be discomforting. However, Super Beta Prostate claims to clear these issues.

Super Beta Prostate claims to be ‘the secret weapon against aging for men everywhere’ having sold over 10 million bottles.

But is this product worth your time and money?

Find out in our Super Beta Prostate review below.

What Is Super Beta Prostate?

Super Beta Prostate is a supplement that contains 10 ingredients that all work together to improve prostate problems.

It does not promise to heal prostate diseases or prostate cancer but claims to promote a healthy functioning prostate.

Additionally, it repairs a loose bladder which in turn lessens frequent bathroom trips.

It is manufactured by New Vitality, a United States based company.

The company adds that Super Beta Prostate prevents the development of benign prostatic hyperplasia (BPH) and reduces the aging effect in men.

It is known to treat prostate inflammation and restoring its normal size in individuals with an enlarged prostate.

Phytosterols have been shown to improve urologic symptoms and urine flow in individuals with benign prostatic hyperplasia.

Additionally, a few clinical trials reported that they can relieve urinary tract symptoms.

Boron reduces the size of an enlarged prostate and eases symptoms of prostatitis.

Also, it enhances the death of prostate cancer cells.

Silica is recommended to reduce inflammation of the prostate.

How Does Super Beta Prostate Work

The company prides in the use of beta-sitosterol, which is clinically proven to aid in prostate health.

This ingredient combines with the other components to improve the prostate even in old age.

It improves urine flow and regulates the bladder to ensure minimal trips to the bathroom.

Beta-sitosterol and Phytosterols reduce inflammation, restoring the prostate into the normal size.

Several studies have shown that these two elements are well tolerated in improving symptoms of benign enlargement of the prostate.

The recommended dosage is two caplets per day.

Results vary between different men, but New Vitality says that it should be taken for about 30-60 days to attain maximum results.

The manufacturer states on the official website that this product is safe when used as directed.

But our research found out that some users have experienced side effects including:

Is Super Beta Prostate A Scam?

Super Beta Prostate is not a scam because it seems to have worked on many people.

However, we found a few concerns.

In 2013, the manufacturer was involved in a consumer fraud lawsuit on phony endorsements.

The plaintiff, Floyd Luman claimed that the product does not help in prostate problems and is unsafe and illegal.

Roger Mason, the creator of Super Beta Prostate, has also been accused of being a convicted felon and has no qualifications relevant to the treatment of prostate problems.

Furthermore, Dr. Jeffrey Zielinski who featured on commercials gave a sworn declaration that he was just an actor.

Currently, New Vitality seems to have distanced itself from Roger Mason after the massive attacks on his reputation.

Also, Joe Theismann no longer appears in the product’s advertisement or on the website.

Super Beta Prostate has had mixed reactions on the internet.

It has an overall rating of 4 stars out of 5 stars.

Here are some customer reviews that might be helpful.

Let’s start with the positive ones.

Mr.T reported that it works for him, he writes this on Amazon:

I started back on this SBP and I am back to the normal (strong flow and not getting up at night). Just like all meds, something that working for me, may not work for others. As stated earlier I have been taking this for over a year. When I first started buying this product, I could get two for the price of one bottle now.

This stuff really works! Highly recommended. I used to have to get up three or four times a night. After only a week or so I get up only once a night. Pricey; but if you buy the three pack it lasts three months. To my thinking that’s very affordable. It also helps stop the straining to go and unpredictability (if you know what I mean) of going.

What about negative reviews?

Some users reported that Super Beta Prostate did not work.

Here is what Alex Tula wrote on Amazon:

Jon C wrote this on HighYa:

I have taken Super Beta Prostate daily for over two months and it does absolutely nothing. I have never had a problem during the day time, but at night, I am still waking up every 1 and a 1/2 to 2 hours a night to go to the bathroom just a very small amount.

Super Beta Prostate: Packages, Prices & Where To Buy It

Super Beta Prostate is available on the official website: superbeta.com.

Each bottle contains 60 caplets for one month’s supply.

Note: the auto-ship program means that after purchasing this product, you will continue to receive a 30-day supply of Super Beta Prostate every month. However, the manufacturer states that this enrollment can be canceled at any time.

Super Beta Prostate contains ingredients that have been used in clinical trials to reduce symptoms of enlarged prostate.

Additionally, some users have reported that the product actually works.

We have also noted that a number of users claim that they did not witness any results.

All the same, it does not hurt to try and see if it works on you, especially since the company offers a 30-day free trial.

Consult your physician first to see if it is safe to use.

We laid out the facts, will you buy Super Beta Prostate? Comment below and tell us what you think!

One Reply to Super Beta Prostate Review: Does It Really Work?