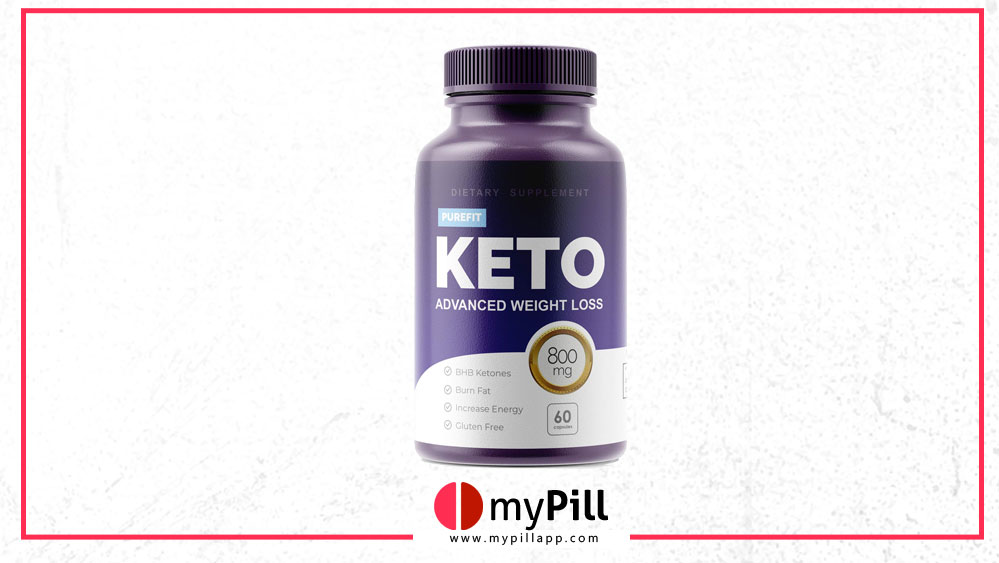 Purefit Keto is a supplement that provide you with the benefits o fat burning and getting into ketosis without having to make changes to your food choices.

Over the last decade, the ketogenic diet has advanced from fringe to mainstream.

As a result, a whole industry has been built up around keto1.

There are now quite a few products on the market that claim to help you get into the fat burning state of ketosis without having to starve yourself of carbohydrates.

One of the most popular keto enhancers is a product called PureFit Keto.

We wanted to know if it could really do what it claimed.

The result is this PureFit Keto review.

In it, we’ll separate fact from fiction regarding PureFit Keto to give you the lowdown on whether or not it will enhance your keto experience.

What Is PureFit Keto?

PureFit Keto is a natural supplement that is designed to help you get into a ketogenic state faster.

To achieve this, it includes exogenous (outside the body) ketones, which are the by-products of the body’s fat burning process.

These ketones are synthetic (man-made).

They do, however, have the same fat burning effect on the body as the ketones that are naturally produced by the body.

PureFit Keto includes ingredients that are designed to suppress the appetite.

The BHB salts in the product are also designed to boost energy levels.

This is important because the carbohydrate restriction that is required when you start the keto diet is bound to leave you lacking energy and feeling listless.

Although primarily designed for people who are following a ketogenic diet, PureFit Keto can also benefit people who are on a Paleo or Intermittent Fasting diet.

It is important to note that PureFit Keto has recently been repackaged as Keto BodyTone.

The actual product appears to be unchanged.

Note: There has been a lot of publicity for PureFit Keto which claims that the product was featured on the show SharkTank. However, we have been unable to find any episodes which featured PureFit Keto over the show’s entire 10 season history.

The company behind PureFit Keto is not disclosed on the official website.

BHBs are a pure ketone that the body produces when you get into a state of ketosis.

They are created when the body breaks down stored body fat to be used as energy.

Unlike table salt, which contains water and slows down the fat loss process, Sodium BHB promotes the fat burning process.

It also gives your body an energy boost, especially when you are working out while in a ketogenic state.

Calcium BHB3 is naturally produced when you are in a state of ketosis.

It promotes the process by which the body switches from a glucose based to a fat based energy system.

It also smooths the process by which the body’s energy system transitions from glucose to stored body fat.

Taking an exogenous source of Potassium BHB will also lessen the likelihood that you will suffer from the effects of the keto flu.

Caffeine anhydrous5 is included in PureFit Keto in order to boost energy levels.

You will inevitably have a lower output of energy during the change-over period from a glucose to a fat based energy system.

Caffeine anhydrous is the world’s most well known stimulant and does an effective job of boosting energy stores during this vital transition period.

How Does PureFit Keto Work?

PureFit Keto is designed to get you into a ketogenic fat burning state faster.

That means that every action that your body takes, from breathing to picking up a beer, is burning fat in order to supply the energy that you need to perform it.

This compound kick starts the ketogenic process, allowing you to get into ketosis faster.

You will also be able to avoid the negative side effects of getting into keto which are commonly known as the ‘keto flu.’

BHB has the ability to cross the blood-brain barrier.

The effect of this is that you will enhance your mental sharpness at the same time that you are losing body fat when you take PureFit Keto.

The extra BHB activity that results from supplementing with PureFit Keto will allow gymgoers to recover better from workouts and to preserve lean muscle tissue while they are losing body fat.

During the first month of your keto journey, take one capsule of PureFit Keto per day to help you to quickly get into a ketogenic state without having to go through keto flu.

You should then continue taking one tablet per day for the next three to five months in order to stay in keto and further accelerate the fat loss.

If you take PureFit Keto as directed you will not have any side effects.

However, taking more than the suggested dosage may cause some problems.

Because PureFit Keto helps to alleviate the symptoms of keto flu, there could be a great temptation to take more than the stated dosage in order to completely get rid of these symptoms.

A common side effect that may occur if you take too much of this product is dehydration and sodium deficiency.

This occurs because, as you become keto adapted, you will urinate more in order to expel the ketones from your body.

You will also be losing vital electrolytes through your urine, including sodium.

To offset these effects, you should drink plenty of water and take an electrolyte supplement.

Some people have reported getting headaches from taking PureFit Keto.

However, there is no way to verify that these are legitimate.

We could not find any 3rd party user testimonials.

Here is a sampling of the customer reviews on the official site, which you will notice are more focused on keto in general, rather than this specific product:

Just two weeks back into the keto lifestyle and I’m remembering how it helped so much, especially with joint pain. I have degenerative arthritis in my spine, shoulders and knees. Eating this way makes movement almost painless. I almost forgot I was ever hurting in the first place. I’m almost not eating Tylenol like candy. This lifestyle is the real deal to ease inflammation.

Here’s what Rachael had to say.

You start losing weight and start dropping dress sizes because you are reducing those fat cells.

Kathi claims to have made amazing progress:

PureFit Keto: Packages, Prices & Where To Buy It

PureFit Keto can be bought on ketopurediet.com and places like Amazon.

The manufacturers offer a 90-day money back guarantee on your purchase.

However a fee for shipping and handling will be deducted, which is not disclosed on the official website.

There are no shipping rates disclosed on the official website.

PureFit Keto is product specifically designed to help people get into a ketogenic state faster and more easily than taking the traditional route.

In doing so, it should alleviate the symptoms of the keto flu and speed up the transition from a glucose burning to a fat burning state.

The product will also benefit people who are on the Paleo and Intermittent Fasting diets.

There has been some false advertising claiming that PureFit Keto was featured on Shark Tank.

However, this appears to have been initiated by affiliate websites and not the manufacturers of this product.

However, it appears that the product is little changed.

The per unit price is pretty expensive but they offer huge discounts on bulk purchases.

We laid out the facts, will you buy PureFit Keto? Comment below and tell us what you think!