MyPill > Health > Prevagen Review: Should You Buy It?

Prevagen Review: Should You Buy It?

Prevagen is a brain health supplement clinically shown to help with mild memory loss associated with aging. Does it really work? Read our review!

Contents show
What Is Prevagen?
Ingredients
How Does Prevagen Work
How To Use It?
Are There Any Side Effects?
Is Prevagen A Scam?
Prevagen Reviews: What People Say About This Product?
Prevagen: Packages, Pricing and Where to Buy
Money-Back Guarantee and Refund Policy
Pros and Cons
Prevagen Review: Should You Buy It?

How reliable is your memory?

With this digital age, many worry that their memory is eroding. Digital databases have now better memory retention than you do.

Losing the ability to retain information can affect your work output and overall day to day performance.

This has lead individuals to turn to dietary supplements that improve brain health and manage dementia.

With the market value at $6.2 billion in 2018 and estimated to expand by 8.2% by 2025, some of the brain enhancing supplements claim that they can improve memory and delay the onset of dementia and Alzheimer’s disease.

And if you have watched T.V, you have come across the highly publicized jellyfish -derived brain supplement Prevagen.

But does Prevagen really help with memory? Is it supported by clinical evidence?

Let’s find out in this comprehensive Prevagen review.

Prevagen is a brain –health supplement that claims to be clinically tested to help with mild memory loss related to aging.

It is a product of Quincy Bioscience, a biotechnology company based in Madison.

The manufacturer mentions scientific articles as proof but these papers lack significant features like treatment randomization, participant characterization, and limitations. Prevagen does not have any study published in the peer-reviewed scientific literature, as we will see later.

First, let’s see what ingredients are used in Prevagen. 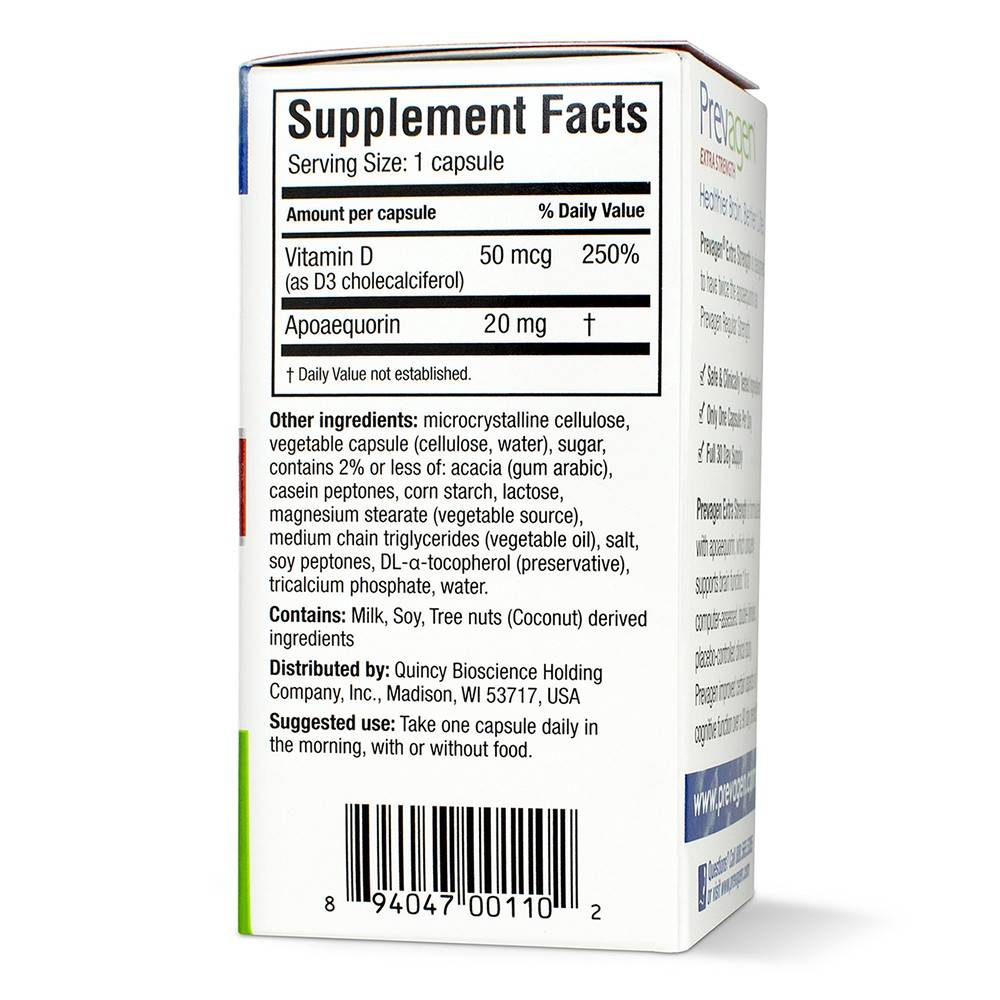 Prevagen contains Vitamin D and Apoaequorin, its primary ingredient that is derived from jellyfish.

Vitamin D
Vitamin D is the sunshine vitamin. It is activated when sunlight strikes your skin. Research shows that low levels of vitamin D are linked to cognitive decline, Alzheimer’s disease, and depression. Vitamin D has antioxidant properties that protect the brain against mental decline and activates proteins essential for nerve cell function.
Apoaequorin
Apoaequorin is a protein derived from a specific glowing jellyfish known as Aequorea Victoria. For a long time, this protein has been used to analyze how calcium works in cells. When it binds to calcium, blue light is emitted. Irregular calcium balancing is believed to affect age-related mental decline including Alzheimer’s disease and dementia. Apoaequorin portrays a similar structure to human calcium-binding proteins. Therefore, some researchers report that apoaequorin may help control calcium in the human brain and lower mental decline and memory loss. Apoaequorin binds to calcium in the brain and improves brain signaling between nerve cells. However, there is limited evidence to support these claims. The manufacturer Quincy Bioscience provided a self-funded report –Madison Memory Study 1 that includes evidence that Prevagen works. This study states that Prevagen improves various cognitive functions in older individuals with either very mild impairment or normal mental decline. But, there are no peer-reviewed studies to confirm these results.

How Does Prevagen Work

According to the manufacturer, Prevagen contains apoaequorin a protein found in jellyfish but also synthetically produced.

They claim that this protein protects brain cells by binding to excess calcium in the human brain which may destroy brain cells.

However, there is no evidence to show that apoaequorin reaches the brain and binds to excess calcium to lower memory decline.

The company cites three clinical studies but there is little evidence.

In the first study, the company claims that individuals who took Prevagen daily improved their sleep by 37 minutes per night. But, this study was not placebo-controlled and did not provide the dose of Prevagen used, thus, making it difficult to draw decisions.

The second study involved participants that took 10mg of Prevagen daily for 90 days and noticed improved memory recall. However, it was not placebo-controlled or double-blinded.

The third study which was published in a peer-reviewed journal in 2016 involved participants who took 10mg of Prevagen for 3 months. No overall benefits were found.

So, does Prevagen really help memory?

It’s hard to determine since no evidence supports Prevagen’s claims. 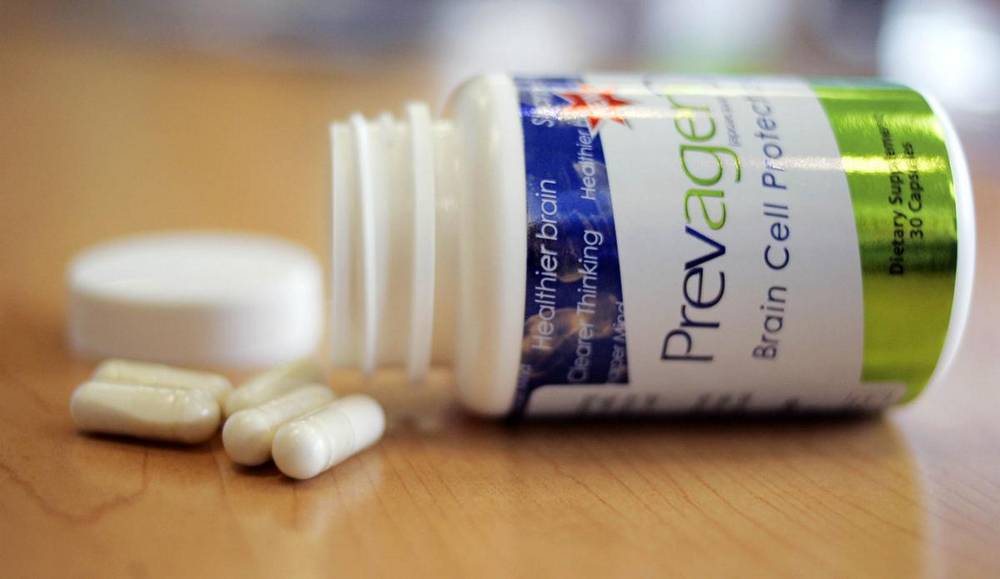 You should take one capsule of Prevagen daily in the morning with or without food.

Prevagen should be taken for at least 90 days to realize maximum results.

Are There Any Side Effects?

The manufacturer says that Prevagen is safe to use.

We also found various side effects reported by users including

One customer wrote on Amazon:

After taking this product for about 30 days, I had a grand mal seizure, while driving. I’ve never had a seizure or any neurological disorder before in my life. I am a fit healthy 50 yr old female. In doing research, I found that side effects found in test studies included seizures and strokes. Because this product is over-the-counter, the manufacturer does not have to report this information.

Is Prevagen A Scam?

It looks like there is little to no peer-reviewed evidence that Prevagen enhances memory. Also, it is not clinically supported to treat any mental conditions.

Prevagen seems to have received various lawsuits with the government.  The FDA sent a warning letter to Quincy Bioscience over false advertising. Besides, in 2017 the Federal Trade Commission (FTC) filed a lawsuit against Prevagen citing that the product makes deceptive cognitive and memory promises.

In early 2020, Quincy Bioscience came to a class-action settlement to sort out seven lawsuits by customers over false advertisement claims. The company sort to refund $70 to customers who had purchased Prevagen in the USA before July 21, 2020.

The FTC and the New York attorney general lawsuits against Prevagen are still ongoing.

The company maintains that the marketing of Prevagen is not deceptive.

Prevagen Reviews: What People Say About This Product?

We found some reviews online.

What did users say?

Let’s start with some negative reviews.

Well, I have to say that my month’s supply of Prevagen is almost gone and I felt absolutely NOTHING! I was hoping to feel more alert along with maybe some improvement in memory, but I feel absolutely no difference. To me… not worth the money.

My husband started taking this about 3 weeks ago and let me say that he has never been so forgetful, so much worse than when he was taking nothing. He can barely remember things from the previous day. He really didn’t have much of a problem before, just wanted a more focused mind. If you don’t have severe memory problems, I would NOT recommend you wasting your money on this.

How about positive reviews?

I am writing this review for my grandma, who is taking the medication and is 72 years old. She says “it really works!” Before Prevagen, she would stop mid-sentence, as she forgot what she was talking about. She has been taking Prevagen for just a week and a half and has noticed a significant increase in her sharpness and memory. In the last two conversations, we had have proved that correct. She has not lost her thoughts and seems to be fully alert. Both she and I would recommend this to family and loved ones.

I’ve been taking this for a few weeks and can tell a difference in my memory and I am sleeping better. I also bought it for my daughter and she says she has noticed that she can recall things faster after a few weeks on it. We will be reordering.

Prevagen: Packages, Pricing and Where to Buy

Each bottle of Prevagen contains 30 capsules.

How much does Prevagen cost?

Prevagen is available on the official website www.prevagen.com and at local and online retail stores including Walmart, Walgreens, CVS, Kroger, Lucky Vitamin, Rite Aid, and Vitacost among others.

If you are not satisfied with Prevagen after purchasing from an authorized reseller, save the original receipt and the original bottles with any unused product and call 877-977-3824 for assistance in processing your return within 45 days from purchase.

Prevagen Review: Should You Buy It? 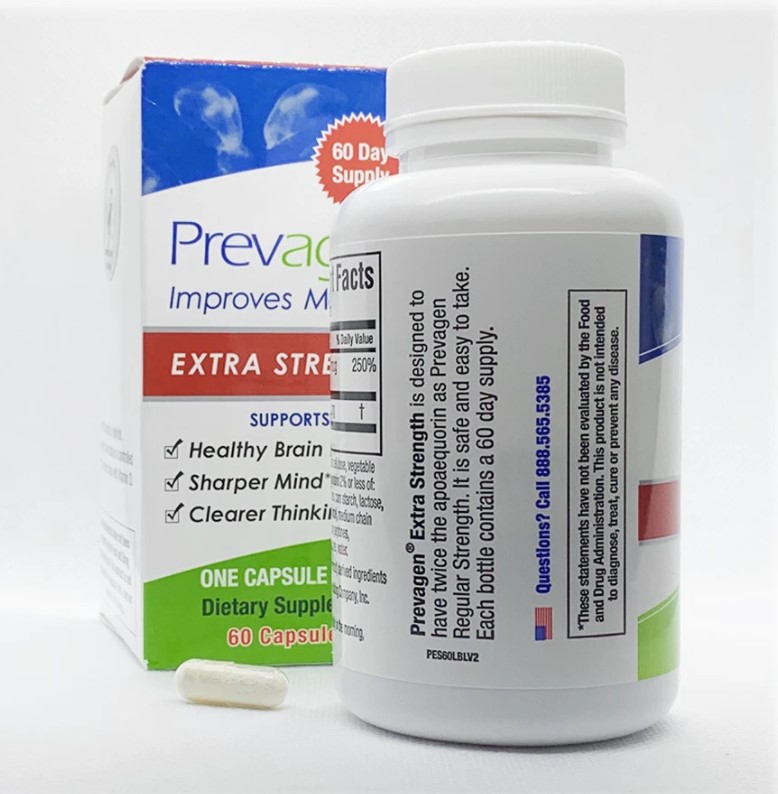 Prevagen has several shortcomings; the manufacturers make claims that go beyond what the research shows.

There is a lot of controversy surrounding the synthetic apoaequorin used in Prevagen -the Federal Trade Commission accused Quincy Bioscience of misleading advertising. They state that Prevagen promises to improve memory in 90 days which is impossible.

They further state that the study funded by the manufacturer shows statistically irrelevant improvements.

If you are looking to enhance cognitive function, you may want to look for other evidenced-based nootropics.