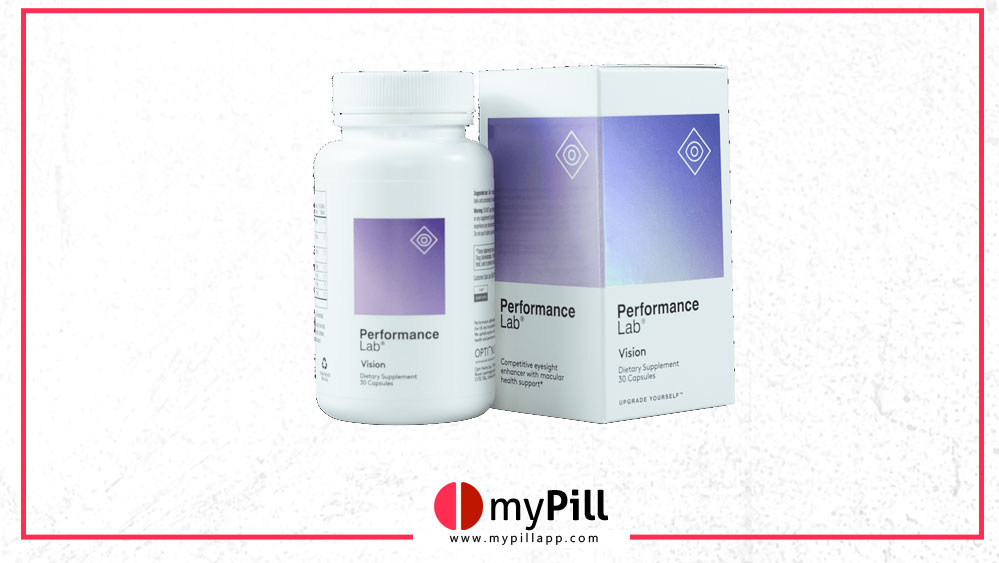 Are you looking for that competitive edge at work, sports or gaming?

Or maybe you are experiencing screen-induced eye strain or eye fatigue?

Perhaps you’re struggling with poor night vision, slow hand-eye coordination, or less than high-res vision… if so, Performance Lab Vision could possibly be the solution for you.

A vision supplement designed to help athletes and gamers, but which also claims to potentially help a plethora of eye-related issues and look after your long-term eye care.

Is it too good to be true?

What Is Performance Lab Vision?

It is also claimed to help with night vision, motion detection, contrast sensitivity and dark adaptation (allowing your eyes to become used to the dark quicker). It may even boost reaction time and hand-eye coordination – one reason why the product is said to be popular with gamers.

Finally, it is also promoted as possibly helping to reduce eye fatigue and screen-induced vision strain, as well as age-related vision deterioration.

The product is designed and formulated by Opti-Nutra Ltd, a UK based company. However, the product is manufactured in New Jersey, USA, in an FDA registered, GMP certified facility.

As always, we have done a full review to see if Performance Lab Vision is as effective as it sounds.

They are powerful carotenoid antioxidants that cluster in the ‘macula’, the bit of the retina that enables crisp vision.

Lutein and Zeaxanthin are known to enhance vision performance and support eye health by quenching the harmful effects of blue light, known as HEV (High Energy Visible Radiation) – the sort of light given out by tablets, computers, laptops and telephones.

When blue light enters the eye through the lens to the retina, it generates toxic ‘free radicals’ that can cause damage to the macula and the retina.

It is this type of macular damage that has been linked to eye strain, visual fatigue, glare and long-range eye issues.

Performance Lab Vision claims that the Lutein and Zeaxanthin in their formula form a protective yellow coating, compared to ‘internal sunglasses’, that absorb and neutralize the blue light, filtering out the harmful blue light rays before they reach the macula.

Lutein and Zeaxanthin also nourish and protect the eyes’ functions in the following ways:

Black currants contain powerful antioxidants known as ‘anthocyanins’. One of these anthocyanins has a purple plant pigment called C3G (Cyanidin-3-glucoside), which helps the retina to regenerate rhodopsin, a compound that activates night vision.

Together, the anthocyanins, and the C3G, sharpen vision and support healthy blood flow to the eyes. In addition, they help with performance-oriented eyesight by the following:

Nutrients found within bilberries are known to keep eye capillaries flexible, supporting the flow of blood to the retina for maximum optical performance and eye health.

Performance Lab only uses bilberry extract, standardized to supply a minimum of 25% anthocyanosides, from wild-grown bilberries, processed speedily to preserve their nutritional integrity.

Saffron is the vivid golden-red spice you might know as being one of the world’s most expensive spices by weight.

It is derived from crocus flowers and has a valuable antioxidant profile from its yellow plant pigments, Safranal and Crocin.

These antioxidants protect the macula and nourish the macular pigment, boosting blood flow to the eyes.

This enhances eye health and sharpens vision performance with the following functions:

Astaxanthin is a powerful antioxidant found in algae, as well as in animals that consume algae.

It is a pink-red xanthophyll antioxidant that has been shown to enhance blood flow, as well as the delivery of oxygen and eye-supportive nutrients.

How Does Performance Lab Vision Work

According to Performance Lab:

Performance Lab is the evolution of nutrition: A new take on supplementation designed to unlock next-level human performance. To realize this goal, Performance Lab extensively researches, tests and formulates advanced nutritional supplements that upgrade function across performance-oriented biological pathways. Performance Lab formulas feature nutrient combinations that are not seen in any other products on the market.

Performance Lab has earned a reputation for using proven ingredients and the latest science to create ultra clean and effective supplements.

All Performance Lab products, including Vision, are suitable for vegans, and are free from GMO, allergens, soy, gluten and artificial additives.

Take 1-2 capsules with your first meal of the day.

For best results use daily and consistently.

Performance Lab Vision has been formulated to be safe for long term daily usage, without the need for cycling.

By using only natural ingredients in research-backed dosages, there should be no side effects noted when using this product.

Is Performance Lab Vision A Scam?

The ingredients within Performance Lab Vision are proven and research-backed, so no.

The company has consciously chosen to not market Performance Lab Vision via Amazon (or even brick and mortar stores like GNC), stating that their product line consists of superior formulas where customers receive a better overall service and product information via their own website.

However, the product has been reviewed by many of the top-level specialist supplement sites around the web who have all given Performance Lab Vision the thumbs up based on their usage, and its ultra clean ingredient profile plus its evidence-backed formula composition.

Performance Lab Vision: Packages, Prices & Where To Buy It

If you are interested in trying Performance Lab Vision, or learn more about the specific line of supplements, you will find more on the official Performance Lab website: www.performancelab.com.

The bottle contains 30 capsules, which is 30 days or 15 days’ supply depending whether you take the recommended 1 or 2 capsules per day.

Free worldwide shipping available on orders of more than $200.

If you are not totally satisfied with your results in that time you can email the company, return any used/unused product and they will refund you immediately (minus shipping costs).

Shipping: Performance Lab states that all orders are shipped on the same or next day, with destinations and rates listed on their website shipping page.

Performance Lab uses the best-in-class ingredients with evidence-backed research to back them up and obviously has lots of ambition for its Vision supplement.

From potentially helping to tackle age-related macular degeneration to boosting your night vision, reaction times and/ or possibly reducing the screen-related eye strain that plagues many of us, there’s no denying that there’s a lot of effort behind this supplement.

We laid out the facts, will you buy Performance Lab Vision? Comment below and tell us what you think!