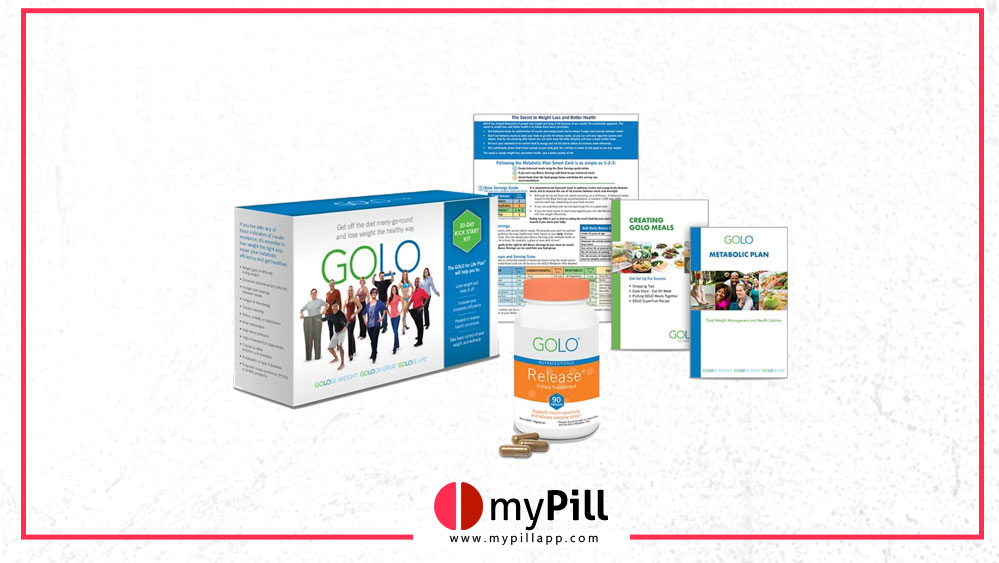 Golo diet is a combined eating plan and nutritional supplement regimen designed to lower insulin resistance. It promises fast and easy weight loss while eating the food you love with no calorie counting.

Want to lose a few pounds? Don’t we all!

If you look at the most searched diets on google for the last two years, one that pops up in the top 10 on the list for both years is the Golo Diet.

It’s not one I had ever heard of! So I thought I would take a look at what all the hype was about.

After all there are so many new diets emerging on the market its difficult to know what will work and what won’t.

What Is GOLO Diet?

The company seem to base their diet around insulin resistance1.

So how do they aim to do this? The Golo solution according to their website:

Targets the true cause of weight gain with our 2-tier approach. Our all-natural Release Supplement, and realistic meal plan work together to stop weight gain, and start converting fat into energy. Together they help repair your metabolic health so you can get the results you want and maintain them.

So what is this 2-Tier approach?

It consists of a capsule that they call Release and a weight loss plan.

As a result of following their diet and taking their capsule, the company say we can expect:

Surely these can all be achieved by following a healthy balanced diet and exercise plan!

Golo LLC is listed on the Better Business Bureau with a score of A-. There is no information on their website as to who formulated this diet.

The President of the company is Jennifer Brooks trained in Holistic Nutrition, Mind Body Transformational Psychology, and Fitness Nutrition at the Southwest Institute of Healing Arts.

One component of this diet is their “unique” patented Release capsules. They claim that  these capsules are so effective because they help in:

The ingredients of the capsules are:

Magnesium is a mineral that is essential to the general good health of our body. A deficiency of this mineral has been associated with a number of health issues including Diabetes3 .

Zinc supplements have been shown to have a beneficial effect on diabetes 4.

Chromium is a mineral essential to the body for the the normal metabolism of carbohydrates. It has been shown to help with insulin resistance5 .

Traces of other natural ingredients.

It appears that there is some merit, backed by clinical trials, of the efficacy of some of the ingredients of Release capsules. However there have been no independent clinical trials on the capsules.

How Does GOLO Diet Work?

This diet focuses on providing a healthy metabolism and insulin resistance. Let’s have a look at how these affect our weight.

Insulin is a hormone made in the pancreas, and one of its main roles is to help regulate, or control, your blood sugar.

After a person eats the pancreas releases insulin. The insulin then signals muscle, fat, and liver cells in the body to absorb glucose (sugar) from the bloodstream to be used for energy.

When there’s more glucose than the body needs, insulin helps the body store that excess glucose in the liver to be used later. Insulin also signals the liver to stop releasing glucose into the bloodstream.

Insulin resistance happens when the body can’t process the amount of insulin in the blood stream. This can decrease your ability to lose weight.

Insulin resistance is a medically recognized condition that can lead to prediabetes or diabetes.

You can prevent insulin resistance by losing weight and being more physically active. Changing your lifestyle in this way will also promote a healthier metabolism.

It may be that the diet plan provided alongside the Release capsules will point you in the right direction when it comes to choosing a healthy diet. The company states that the diet:

Shows you the right foods in the right combinations to create a positive metabolic effect.

There is also the benefit of continued support of a Facebook Group, and they have coaches at the end of a phone.

There are no side effects listed on the company’s website. The only possible side effects may come from the Release capsules. Magnesium can cause:

If you think you may be allergic to any of the ingredients, or even just because you are starting a new diet plan with a supplement, it is advisable to check with your doctor.

The company marketing relies heavily non before and after pictures on their website. As this diet is only sold through the Golo website independent reviews have not been easy to find.

Of the independent reviews I did find, some people are raving about the results of this diet.

I have tried SO many different programs and diets, and nothing has worked. I saw GOLO advertised on TV, but I thought it was just another gimmick. When my husband saw it, he researched it and told me to try it.

I did the seven-day kickstart program, and after the week was up, I weighed myself and just about fell over; I lost eight pounds! I didn’t always eat exactly what was in the kickstart program because I didn’t like everything, but I substituted with something similar. I like how I can have fruit and potatoes, and even bread! I don’t understand the insulin thing, but it’s definitely working. I’m not hungry, and I’m not craving other foods.

I am so happy I found this program!

And there are many more reviews of a similar nature.

Some people however claim that the diet did not work and some even gained weight.

I tried this product for the last 30 days, in hopes of expediting my weight loss journey. Unfortunately, I gained 6 lbs over the 30 days. When I called to initiate a return authorization, they said sorry you missed your return window (by 3 days). Don’t be fooled.

The subject of returns has been raised by Brad, along with others who were less than satisfied with the customer service.

The first three times of usage was okay. My last order was in April and May 2017. I gained, to date, 25 pounds back. UNBELIEVABLE. I called GOLO on June 15, 2017, and spoke to a very rude customer service representative named Cassie, who continuously talked over me, sighing on the phone and refused to get me to a supervisor. The conversation ended with Cassie suggesting that I no longer order GOLO.

Barbara was responded to by Eden C and it appears that her issues were resolved, however what I found concerning was the request from the company for the review to be removed.

I enjoyed speaking with you this morning regarding your questions and am so glad that we were able to discuss and work out the issues. Since everything was ended amicably, I am hopeful that this review can now be removed.

Whilst no one likes getting bad reviews I feel they are part of life. I am far more skeptical of companies that get constant good reviews with no criticism!

You can buy Golo diet on its official website: www.golo.com.

The company offers free shipping on all packages.

Costs of the products are:

The company have extended their 100% money back guarantee to 60 days from the date your order arrives.

There is a lot to be said for customer feedback and there is a lot of positive feedback. This diet obviously works for some people.

But, is that due to the fact that they have changed to a healthier lifestyle, following a diet plan and exercising: or does it have anything to do with the supplement.

At the end of the day we are all different and what works for one will not work for another.

If you like the ease of having all your meals planned out for you, then this may be for you.

But if you are more inclined to do a bit of research for yourself, save your money for some new clothes when you have the lost the pounds you want to.

We laid out the facts, will you buy GOLO Diet? Comment below and tell us what you think!

23 Replies to Golo Diet Review: Does It Really Work?