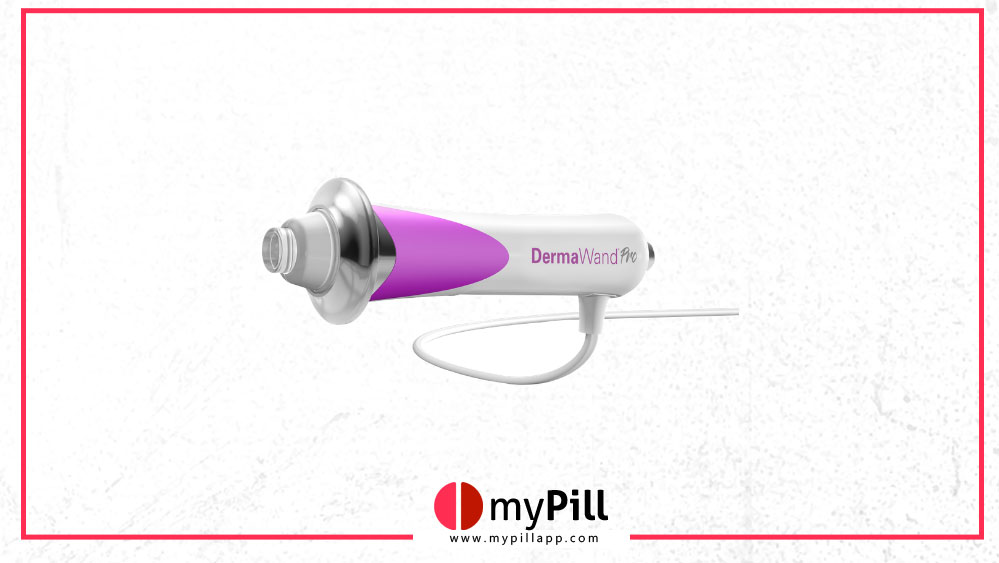 MyPill > Skincare > Dermawand Review: Is It A Scam?

Dermawand Review: Is It A Scam?

DermaWand is an anti-aging product that promises to reduce the appearance of fine lines and wrinkles, tone and tighten saggy skin, and reduce puffiness in the eyes and cheeks. Read our review to learn more about this product.

Premature aging is considered a serious issue among the population today.

Numerous factors have been found to speed up the aging of the skin, leading to the development of fine lines, wrinkles and sagging skin at a young age.

In the majority of cases where premature aging is noticed, the source for these problems is often tracked down to extensive exposure to the sun, as well as lifestyle factors such as smoking and excessive alcohol usage.

These issues cause people to suffer from a poor body image and often leads to social isolation and social anxiety, as explained by the Journal of Dermatologic Clinics.

Dermawand is an electronic device that has been developed by a dermatologist and engineer, to provide a way for the general population to treat signs of premature aging at home, without the need to undergo invasive treatments that often has a hefty price tag attached.

Dermawand is, as the name suggests, a wand that utilizes radio frequency technology to provide individuals with a way to do facelifts and keep their skin young at home.

The product takes advantage of the technology that is used by dermatologists, known as big radio frequency.

The difference, however, is that this product has been designed with a modified version of this technology in order to make it safe for home use.

This reduces the risk of experiencing adverse effects that are often seen among patients who opt for treatments that use the original big radio frequency technology.

How Does Dermawand Work?

This product utilizes big radio frequency technology at a reduced amplitude level in order to produce a stimulation to the area where the device is used on the skin.

The stimulation causes a massaging effect on the skin and, at the same time, also provides the user’s skin with thermal energy, as well as enriched oxygen.

The combination of these effects helps to tighten the skin, leading to a reduction in the visible appearance of problems that are mostly associated with age – this includes sagging skin, wrinkles, fine lines, and more.

How To Use Dermawand?

Dermawand has been developed to be easy-to-use.

The manufacturer recommends that customers use it two times each day.

The recommended duration of each at-home treatment is two minutes per session.

To use the device, the user should simply turn it on, switch it to an appropriate power setting and then slowly and gently move it around the areas of their skin where they have noticed signs of aging – this may include their face, neck, chest and even their arms.

The company behind this product does not list any side-effects that users should be concerned about.

We did find that some of the people who have used the device in the past experienced some unpleasant side-effects.

There is a small number of people who experienced redness after prolonged use of the device.

One customer mentioned that certain areas of their face become swollen after using the device for several weeks.

There was also some customers who noted that their skin was drier as usual when using the Dermawand product.

Most customers who experienced adverse effects did note that their side-effects cleared up when they stopped using the wand.

It should be noted that DermaWand recommends that the product should be avoided by some people.

In particular, they do not recommend individuals with broken capillaries, or rosacea uses the device.

Additionally, they also advise individuals who are pregnant and those with a pacemaker to avoid using the wand.

Is Dermawand A Scam?

Dermawand has been around for over a decade and has been used by thousands of people throughout the world.

The company that manufactures the product is recognized in the skin care industry.

No evidence may suggest that this product or the manufacturer are scams in any way.

Even though there are a number of unhappy customers, most people who have used the product relies on it daily and believes that it is one of the best tools for maintaining skin that looks young, healthy and smooth.

We found over 1,000 reviews for the Dermawand product on its product listing at Amazon, which offered us a great opportunity to get an overview of how the product has worked for past users.

The more reviews that are available for a product like this, the easier it is to determine if it works and if it can lead to possibly harmful adverse effects.

To provide a fair, unbiased overview of how this product has helped (or not helped) thousands of people who have purchased it before, we would like to share some of the reviews that we were able to find.

Note that we will share both positive and negative reviews to give our readers a clear overview of how people feel about the wand.

Here are some of the positive reviews that we found on the product’s Amazon listing.

I bought this from Amazon years ago after watching several infomercials for the device. I had a suspicion that claims about the device were bogus and I was just another sucker who was parted from their money. Imagine my surprise when I actually saw results!

I’ve only been using this two weeks and already my skin looks better than it has in years! The big line I had between my eyebrows is almost gone.

Bought this to replace one that finally gave out after years of use. I can really tell the difference when I don’t use it. My friends have drooping jawlines and can’t figure out why I don’t! I was asked if I had work done! It is not a drastic change at once. It is over time and helps maintain what you already have.

Now, for some of the less positive reviews.

I wanted this to work, but it did not. The electric pulse is minimal and so weak it does nothing, even on the highest setting. It does not visibly move the skin at all, and there is almost no effect when you place the point of the Dermawand on your skin. It is a waste of time and money.

Didn’t work AT ALL. In fact, I think it dried out my skin a little – giving me a few more wrinkles under my eyes. They went away when I stopped using it (I was using it with coconut oil). Aside from that, it just didn’t show any improvement. And I used it specifically on my neck area, as it’s starting to sag & it absolutely nothing for it.

This did nothing for me. I used it just as I was supposed to and even more after a while of noticing nothing. It might work for some but was a hit and miss for me.

Botox and other procedures have become a popular way to preserve young-looking skin, but costs thousands of dollars.

Dermawand is an electrical stimulation device that provides individuals that are unable to afford such procedures a way to produce similar effects on their skin at home.

The device comes at a relatively affordable price and has thousands of reviews from different sources to back up its effectiveness in reducing the visible signs of aging.

Even though the majority of reviews on the product pages for the Dermawand is positive, we also found many users stating no effect at all.

Additionally, side-effects were mentioned by some past users.

The product seems to work for some people, but might not be a good option for everyone.

It is not safe for all to use, which is why individuals should closely do their research before they decide to buy this product.

So, what do you think about our Dermawand review? Would you buy this product or not? Share your thoughts in the comments section below!

5 Replies to Dermawand Review: Is It A Scam?