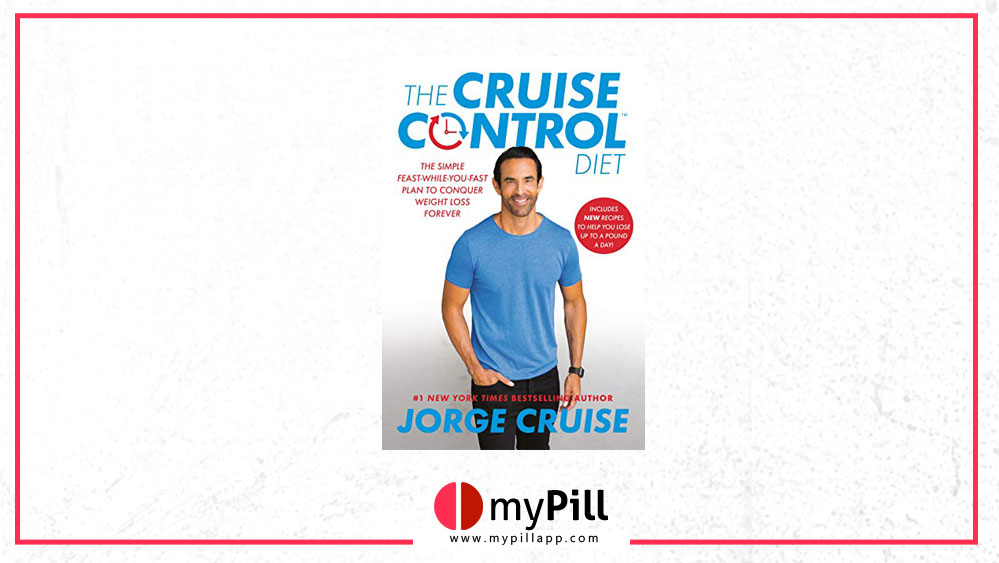 Cruise Control Diet Review: Is It A Scam?

The Cruise Control Diet is a weight loss diet emphasizing whole-foods and an occasional cheat day. Read our review to learn more about this product.

I heard about the Cruise Control Diet a while back.

It is a special diet written by a guy called James Ward.

I read so many positive reviews about how he was once sick and unhealthy, paralyzed in a bed even, due to how he ate, and then he suddenly lost loads of weight in a short space of time, that it made me very interested.

So I wanted to know what the truth is.

Because it seems incredible if true.

How can someone go from being so fat and unhealthy to being thin and healthy with just a few changes in their diet and attitude in such a short space of time?

So What Is Cruise Control Diet?

The Cruise control diet book is an eight week plan. It is split into the following sections:

This is the initial two-week period where you cannot eat processed foods at all. It’s very strict and calorie limited.

After the two-week strict diet and regime, you enter an easier part of the diet plan where allegedly weight starts to just fall off. Apparently according to the author it’s impossible to get it wrong. You can even eat junk food twice a week.

This is the third phase, which confusingly also occurs during the Cruise control phase. The Cruise control website says that this phase is not for beginners, yet it’s meant to be in week three onwards. So I’m a little lost as to how this all adds up.

How Does Cruise Control Diet Work?

What that’s the million-dollar question isn’t it. I think for me, what confuses me and concerns me is the fact that in the Cruise control phase you are allowed to eat junk food twice a week.

Anybody who is familiar with the human body knows that junk food contains high proportions of sugar, fat and processed carbohydrate, which all cause sugar spikes and increase cravings. So how can indulging in what has caused the problem in the first place be good? You are not breaking a habit.

The other problem with it working for me is that there are a lot of parts to the diet book. The Cruise control diet comes with several cookbooks, are quick start guide, articles and lots of support online. It’s almost as if chucking it all at you will confuse you so much that you don’t have time to eat!

The rules on the diet are as follows:

The final concern I have that means I’m not sure that this cruise control diet could work is simply that it tells you that you not meant to eat processed foods, and the food list generally shows you shouldn’t, but it encourages you to eat junk food. That’s just a complete contradiction that is never explained.

I don’t really need to go through a huge list of what food is on the Cruise control diet list.

I think it’s easier just to explain how there’s just nothing miraculous about what’s being said. The diet lists fruit and vegetables, wholegrains and lean meat along with pulses and stuff like that as being the basis for it.

The claim is that these foods are foods which will encourage you to burn fat and not store it. That in itself is not a true claim.

But anyway, this is not rocket science as it is the same as almost every other diet on Earth, you eat good whole food that is not processed and stuffed full of sugar and fat, and you try and exercise!

I’m not saying the Cruise control diet is a scam, because the author appears to have lost a lot of weight in short space of time.

But what is untruthful is that it is a universal diet that could help anyone in the same way. It could have been peculiar to his body shape, size and metabolism that it worked for him. But there is no scientific evidence to back up that what he has put together will help you lose weight any more rapidly than simply eating good food in moderation and exercising.

The next step I always take in reviewing a diet is to look at what people who have tried it are saying. So looking at Amazon, where the Cruise control diet can be purchased, feedback is generally very mixed to negative, with feedback ratings in total only achieving one star out of five:

“It is a glorified version of Adkins. Save your money and don’t eat sugar flour and processed foods
Also look up probiotic. The good bacteria. This book seems like a school assignment to write an essay that has to be 500 words.”

“This program costs a lot of money!It is poorly written and there are many grammatical errors. I am embarrasses to say that I did not read the reviews and that is ” a shame on me!” Unfortunately, I was 3 days out of the 60 day return policy so I lost all my money. Save your money, there are better more economical plans out there.”

So as you can see there are an awful lot of Cruise control diet negative reviews out there.

At the heart of this diet is a huge contradiction for me that makes me skeptical people can succeed with it.

That contradiction is that the message you are sent is that the diet is about being able to cheat and eat junk food, slack off now and again, and not exercise if you don’t want to. But at the same time you are told to eat non-processed foods and to exercise as well. How can that all happen?

The author makes the assertion in the Cruise control diet book that you can hardly fail using his diet plans. The bottom line here is that everybody is different in terms of metabolism, build, cravings and path they need to take. One size simply does not fit all so the whole premise of this diet collapses at that point.

So, what do you think about our Cruise Control Diet review? Would you buy this product or not? Share your thoughts in the comments section below!

4 Replies to Cruise Control Diet Review: Is It A Scam?