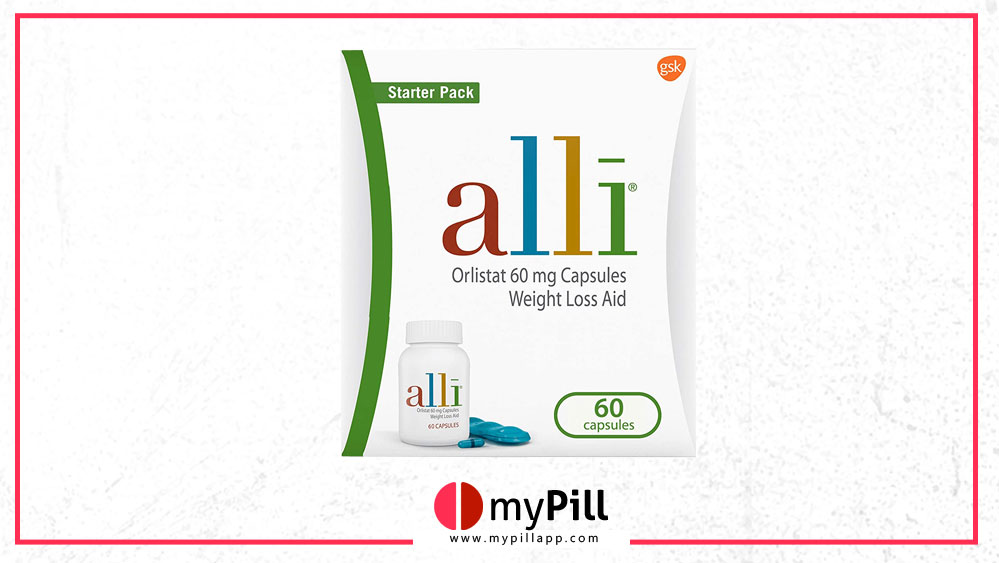 Alli Review: Is This The Best OTC Fat Burner?

Shred off your stubborn fat cells with the best OTC weight loss capsule. Discover more about this miraculous product in the review below.

Contents show
What Is Alli?
Alli Ingredients
How Does Alli Work?
How To Use Alli?
Are There Any Alli Side Effects?
Is Alli A Scam?
Alli Reviews: What People Say About This Product?
Alli: Packages, Pricing and Where to Buy
Money-Back Guarantee and Refund Policy
Alli Pros and Cons
Alli Review: Should You Buy It?

You are devoted to an exercise routine; you’ve changed your diet and cut out fast foods. However, the number on the scale hasn’t changed.

You seem to be stuck in the never-ending cycle of dieting and training.

Alli is a weight loss supplement that claims to be the #1 doctor recommended OTC weight loss aid.

Do Alli pills really work? How much weight can you lose on Alli in a month?

We bring you a comprehensive Alli review: what it is, its ingredients, how it works, potential side effects if any, and whether it is a scam or not. 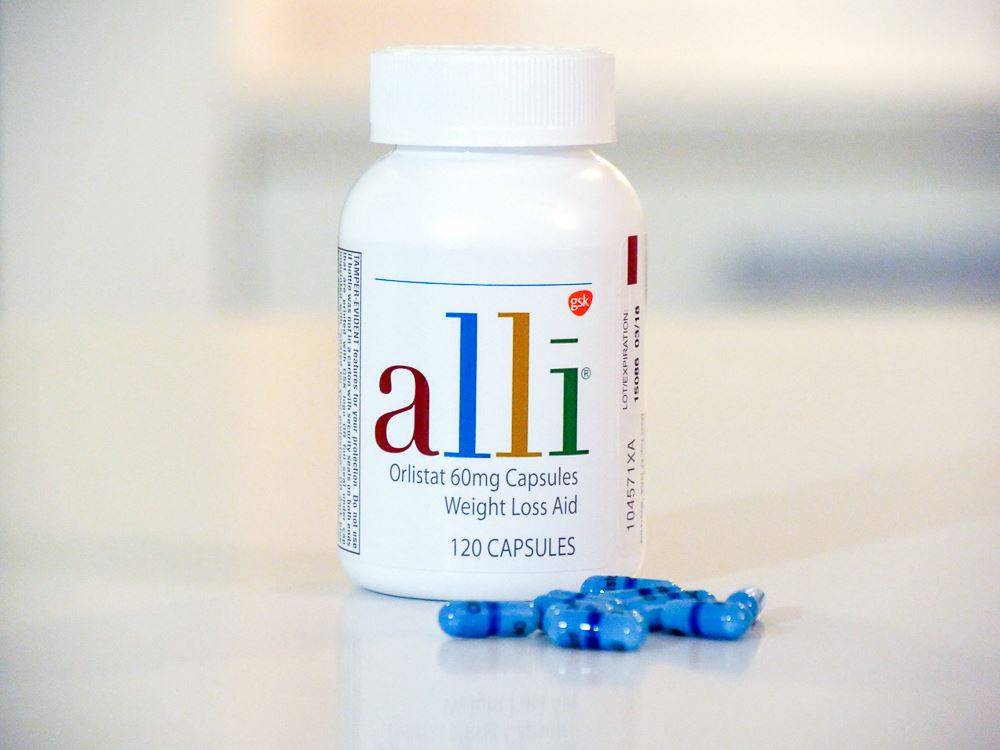 Alli is a weight loss aid that contains 60mg of orlistat, an FDA-approved weight-loss pharmaceutical drug.  Its prescription form is known as Xenical

Orlistat was FDA-approved in 1999 for long-term obesity management, in conjunction with a calorie-restricted, low-fat diet.

Alli inhibits about 25% of the fat you eat from being absorbed into your body; it mainly focuses on fat deposits in the body.

It is manufactured by GlaxoSmithKline, a company based in Philadelphia, United States.

Orlistat is an FDA approved medication for weight loss, taken alongside a low-calorie diet.

It works by blocking lipase-an enzyme that breaks down fats into free fatty acids. Without lipase, fat is not absorbed in the intestines and is excreted from the body in the form of stool.

Therefore, Alli blocks the digestion of fats in the body and prevents some fat from being absorbed. This reduces your calorie intake.

In yet another recent study 2, it was seen to have a significant reduction in weight loss, cholesterol levels, and waist circumference.

Researchers also noted that it is a well-tolerated and effective anti-obesity drug.

Besides, a study review 3 published in JAMA showed that individuals who took orlistat within 12 months lost an average of 3.4kg (7.5lbs) more significant than the placebo.

However, it was noted that weight was regained after the first year of treatment, and most individuals did not continue with this medication in the second year due to adverse gastrointestinal side effects.

How Does Alli Work? 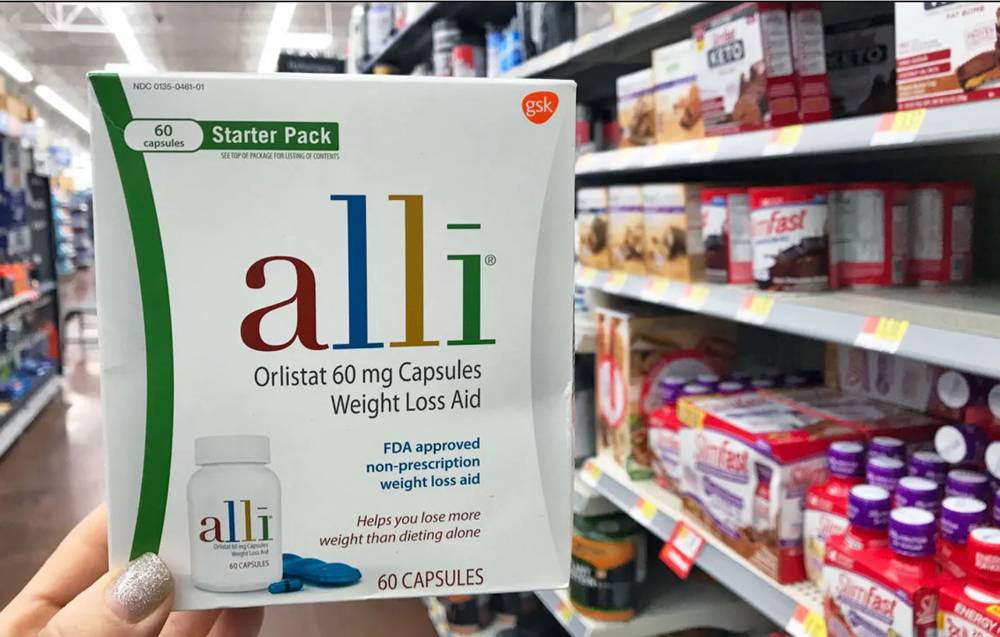 Alli blocks the absorption of fats in the body.

It contains orlistat-a lipase inhibitor that prevents fat breakdown and absorption in the small intestines.

But, Alli will only effectively work if you follow a low-fat, low-calorie diet.

You should expect the following Alli benefits:

How To Use Alli?

Alli should be used by overweight adults with a BMI of 25 and above, 18 years or older.

You should take 1 capsule with each fat-rich meal, preferably one hour before, during, or one hour after a meal.

However, you should not consume more than 3 pills daily.

It should be used with a reduced-calorie, low-fat diet and exercise routine until you achieve your weight loss goals, preferably for at least 6 months.

Long-term use of Alli may reduce the absorption of fat-soluble nutrients, including A, D, E, and K. Therefore, you should add a multivitamin alongside the capsules.

Are There Any Alli Side Effects?

The manufacturer warns of some Alli side effects, including bowel changes and gastrointestinal side effects.

But, these effects seem to occur depending on how much fat you consume when taking Alli capsules and how you take these diet pills. They appear when you first start taking the capsules and subside as the body adjusts.

We did find some reported side effects such as

There were some adverse side effects reported, such as liver disease. One user reported:

I took Alli 11 years ago for less than 2 months, and I still have all the side effects. I had my gallbladder removed, diagnosed with liver disease, and so not feel like myself anymore. Do NOT take these pills.

Also, some users reported oil staining their clothes and underwear and extreme urgency to defecate. So, if you are using Alli away from home, you may need to have a pair of clothes to change.

Alli may also interfere with some medications and cause kidney toxicity.

Is Alli A Scam?

It’s no brainer that Alli works, but it comes with a lot of shortcomings.

First, Alli says that it prevents the body from absorbing fat, which means the fat you have eaten has to go somewhere-the toilet. The manufacturer clearly states that you may experience some side effects, including loose stools, gas with oily spotting, and frequent stools.

But these are not just side effects; the diet pill is designed to have these effects since fat has to be excreted from the body. Therefore, you may stain your clothes with gassy oil and frequent stools that may be difficult to control.

Again, the manufacturer says that you should follow a low-fat diet and add a multivitamin when taking Alli. This means you have an extra price to pay to cater for the fat-soluble vitamins you don’t absorb.

Alli Reviews: What People Say About This Product? 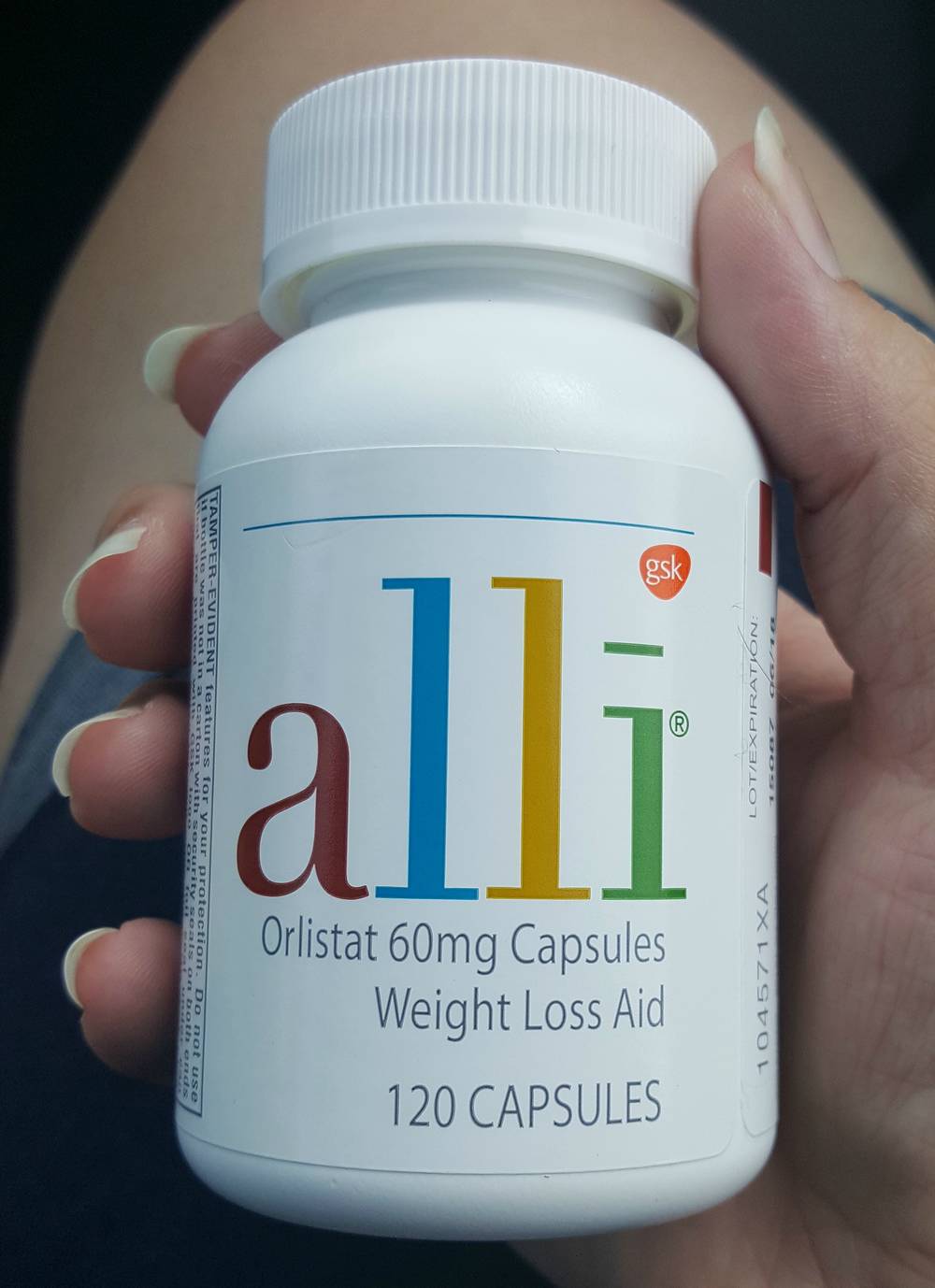 Let’s sample some of them.

Let’s start with the positive ones.

I’ve been on this stuff for six months now and have lost 20lbs. I have not changed my eating habits, and I don’t get to exercise much, be a single mom, work full-time, and go to school full-time. So I recommend this product if you have a busy lifestyle where you can’t make those other lifestyle changes yet or a gym life and don’t mind the gradual weight loss. This will not give you instantaneous results. Like I said, 20lbs in six months. The only downfall is the oily farts, so beware and never trust a fart.

What about negative reviews?

Most users complained about side effects. Have a look.

I started taking Alli about 3 days ago, and I have had constant cramping and achiness in my abdomen and the side effects associated with this pill. Not only is my stool oily and runny, but I really thought maybe I had some serious intestinal problems. My stool is orangy-red, and at times I think it is bloody. I have discontinued taking Alli just to be sure this is what is causing the discoloration.

I have never had kidney stones and started taking Alli 1-2 times a day a few months ago. I was just taken to the hospital for a kidney stone. I have not changed any other meds or anything else. I believe the stone is a direct result of Alli.

Alli: Packages, Pricing and Where to Buy

When you click on the Buy Now option on the website, you get various online retail purchase options, including Walmart, Target, Walgreens, and CVS Pharmacy.

Besides, there is a map where you can find a local store near you.

How much does it cost you?

There are different prices since Alli is available from various retailers.

There are coupons available on the official website, which you can print  directly from the website and use  them instore

Alli does not currently offer a money-back guarantee.

Alli Review: Should You Buy It?

Alli is a diet pill that has shown some positive results in people. However, the adverse side effects outweigh these results.

When combined with a reduced-calorie and low-fat diet, Alli seems to support weight loss. But, it comes with baggage-side effects and nutrient deficiencies.

Many users report some gastrointestinal disturbances, which are pretty stressful and embarrassing. This has resulted in discontinuation among users. Also, Alli prevents the absorption of fat-soluble vitamins requiring you to buy an additional multivitamin.

There is no money-back guarantee, and you are required to follow a very low fat, restricted calorie diet.